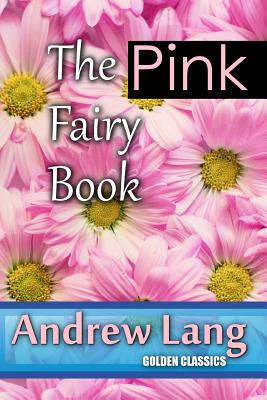 This is book number 62 in the Golden Classics series.

Classics for Your Collection: goo.gl/U80LCr --------- Andrew Lang's Fairy Books are a series of twenty-five collections of true and fictional stories for children, published between 1889 and 1913. The best known books of the series are the twelve collections of fairy tales, known as Andrew Lang's "Coloured" Fairy Books or Andrew Lang's Fairy Books of Many Colors. In all, the volumes feature 798 stories, besides the 153 poems in The Blue Poetry Book. Andrew Lang (1844-1912) was a Scots poet, novelist, and literary critic. As acknowledged in the prefaces, although Lang himself made most of the selections, his wife and other translators did a large portion of the translating and retelling of the actual stories. Four of the later volumes (from 1908 to 1912) were published as by "Mrs. Lang." Forty-one Japanese, Scandinavian, and Sicilian tales. The Cat's Elopement How the Dragon Was Tricked The Goblin and the Grocer The House in the Wood Uraschimataro and the Turtle The Slaying of the Tanuki The Flying Trunk The Snow-man The Shirt-collar The Princess in the Chest The Three Brothers The Snow-queen The Fir-tree Hans, the Mermaid's Son Peter Bull The Bird 'Grip' Snowflake I Know What I Have Learned The Cunning Shoemaker The King Who Would Have a Beautiful Wife Catherine and Her Destiny How the Hermit Helped to Win the King's Daughter The Water of Life The Wounded Lion The Man Without a Heart The Two Brothers Master and Pupil The Golden Lion The Sprig of Rosemary The White Dove The Troll's Daughter Esben and the Witch Princess Minon-minette Maiden Bright-eye The Merry Wives King Lindorm The Jackal, the Dove, and the Panther The Little Hare The Sparrow with the Slit Tongue The Story of Ciccu Don Giovanni De La Fortuna.