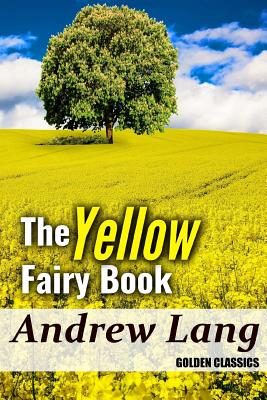 This is book number 61 in the Golden Classics series.

Classics for Your Collection: goo.gl/U80LCr --------- Andrew Lang's Fairy Books are a series of twenty-five collections of true and fictional stories for children, published between 1889 and 1913. The best known books of the series are the twelve collections of fairy tales, known as Andrew Lang's "Coloured" Fairy Books or Andrew Lang's Fairy Books of Many Colors. In all, the volumes feature 798 stories, besides the 153 poems in The Blue Poetry Book. Andrew Lang (1844-1912) was a Scots poet, novelist, and literary critic. As acknowledged in the prefaces, although Lang himself made most of the selections, his wife and other translators did a large portion of the translating and retelling of the actual stories. Four of the later volumes (from 1908 to 1912) were published as by "Mrs. Lang." Its initial printing was 15,000 copies. The Yellow Fairy Book is a collection of tales from all over the world. It features many tales from Hans Christian Andersen. THE CAT AND THE MOUSE IN PARTNERSHIP THE SIX SWANS THE DRAGON OF THE NORTH STORY OF THE EMPEROR'S NEW CLOTHES THE GOLDEN CRAB THE IRON STOVE THE DRAGON AND HIS GRANDMOTHER HOW SIX MEN TRAVELLED THROUGH THE WIDE WORLD THE GLASS MOUNTAIN THE DEAD WIFE IN THE LAND OF SOULS THE WHITE DUCK THE WITCH AND HER SERVANTS THE MAGIC RING THE FLOWER QUEEN'S DAUGHTER THE FLYING SHIP THE SNOW-DAUGHTER AND THE FIRE-SON THE STORY OF KING FROST THE DEATH OF THE SUN-HERO THE WITCH THE HAZEL-NUT CHILD THE STORY OF BIG KLAUS AND LITTLE KLAUS PRINCE RING THE SWINEHERD HOW TO TELL A TRUE PRINCESS THE BLUE MOUNTAINS THE TINDER-BOX THE WITCH IN THE STONE BOAT THUMBELINA THE NIGHTINGALE HERMOD AND HADVOR THE STEADFAST TIN-SOLDIER BLOCKHEAD-HANS A STORY ABOUT A DARNING-NEEDLE.