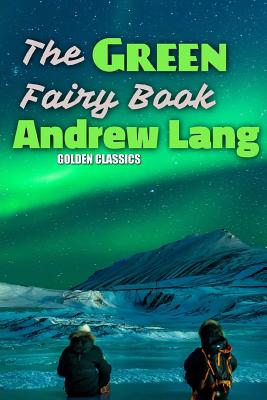 This is book number 60 in the Golden Classics series.

Classics for Your Collection: goo.gl/U80LCr --------- Andrew Lang's Fairy Books are a series of twenty-five collections of true and fictional stories for children, published between 1889 and 1913. The best known books of the series are the twelve collections of fairy tales, known as Andrew Lang's "Coloured" Fairy Books or Andrew Lang's Fairy Books of Many Colors. In all, the volumes feature 798 stories, besides the 153 poems in The Blue Poetry Book. Andrew Lang (1844-1912) was a Scots poet, novelist, and literary critic. As acknowledged in the prefaces, although Lang himself made most of the selections, his wife and other translators did a large portion of the translating and retelling of the actual stories. Four of the later volumes (from 1908 to 1912) were published as by "Mrs. Lang." In his Preface to this volume, Lang expressed the view that it would be "probably the last" of the collection. Their continuing popularity, however, demanded subsequent collections. In The Green Fairy Book, the third in the series, Lang has assembled stories from Spanish and Chinese traditions. THE BLUE BIRD THE HALF-CHICK THE STORY OF CALIPH STORK THE ENCHANTED WATCH ROSANELLA SYLVAIN AND JOCOSA FAIRY GIFTS PRINCE NARCISSUS AND THE PRINCESS POTENTILLA PRINCE FEATHERHEAD AND THE PRINCESS CELANDINE THE THREE LITTLE PIGS HEART OF ICE THE ENCHANTED RING THE SNUFF-BOX THE GOLDEN BLACKBIRD THE LITTLE SOLDIER THE MAGIC SWAN THE DIRTY SHEPHERDESS THE ENCHANTED SNAKE THE BITER BIT KING KOJATA (From the Russian) PRINCE FICKLE AND FAIR HELENA (From the German) PUDDOCKY (From the German) THE STORY OF HOK LEE AND THE DWARFS THE STORY OF THE THREE BEARS PRINCE VIVIEN AND THE PRINCESS PLACIDA LITTLE ONE-EYE, LITTLE TWO-EYES, AND LITTLE THREE-EYES JORINDE AND JORINGEL ALLERLEIRAUH; OR, THE MANY-FURRED CREATURE THE TWELVE HUNTSMEN SPINDLE, SHUTTLE, AND NEEDLE THE CRYSTAL COFFIN THE THREE SNAKE-LEAVES THE RIDDLE JACK MY HEDGEHOG THE GOLDEN LADS THE WHITE SNAKE THE STORY OF A CLEVER TAILOR THE GOLDEN MERMAID THE WAR OF THE WOLF AND THE FOX THE STORY OF THE FISHERMAN AND HIS WIFE THE THREE MUSICIANS THE THREE DOGS.