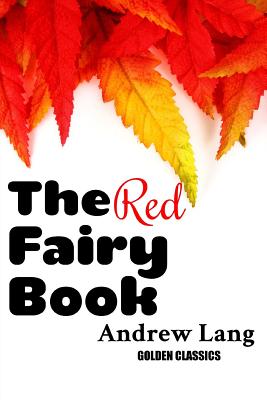 This is book number 59 in the Golden Classics series.

Classics for Your Collection: goo.gl/U80LCr --------- Andrew Lang's Fairy Books are a series of twenty-five collections of true and fictional stories for children, published between 1889 and 1913. The best known books of the series are the twelve collections of fairy tales, known as Andrew Lang's "Coloured" Fairy Books or Andrew Lang's Fairy Books of Many Colors. In all, the volumes feature 798 stories, besides the 153 poems in The Blue Poetry Book. Andrew Lang (1844-1912) was a Scots poet, novelist, and literary critic. As acknowledged in the prefaces, although Lang himself made most of the selections, his wife and other translators did a large portion of the translating and retelling of the actual stories. Four of the later volumes (from 1908 to 1912) were published as by "Mrs. Lang." It appeared at Christmas 1890 in a first printing of 10,000 copies. Sources include French, Russian, Danish, and Romanian tales as well as Norse mythology. THE TWELVE DANCING PRINCESSES THE PRINCESS MAYBLOSSOM SORIA MORIA CASTLE THE DEATH OF KOSHCHEI THE DEATHLESS THE BLACK THIEF AND KNIGHT OF THE GLEN. THE MASTER THIEF BROTHER AND SISTER PRINCESS ROSETTE THE NORKA THE WONDERFUL BIRCH JACK AND THE BEANSTALK THE LITTLE GOOD MOUSE GRACIOSA AND PERCINET THE THREE PRINCESSES OF WHITELAND THE VOICE OF DEATH THE SIX SILLIES KARI WOODENGOWN DRAKESTAIL THE RATCATCHER THE TRUE HISTORY OF LITTLE GOLDEN HOOD THE GOLDEN BRANCH THE THREE DWARFS DAPPLEGRIM THE ENCHANTED CANARY THE TWELVE BROTHERS RAPUNZEL THE NETTLE SPINNER FARMER WEATHERBEARD MOTHER HOLLE MINNIKIN BUSHY BRIDE SNOWDROP THE GOLDEN GOOSE THE SEVEN FOALS THE MARVELLOUS MUSICIAN THE STORY OF SIGURD.