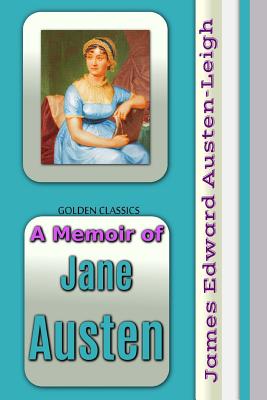 This is book number 55 in the Golden Classics series.

Classics for Your Collection: goo.gl/U80LCr --------- A Memoir of Jane Austen is a biography of the novelist Jane Austen (1775-1817) published in 1869 by her nephew James Edward Austen-Leigh. However, it was the decisions of her close friend and sister, Cassandra Austen, to destroy many of Jane's letters after her death that shaped the material available for the biography. In the late 1860s, the Austen family decided to write a biography of Jane Austen. The death of Sir Francis Austen, her last surviving sibling, and the ageing of those who had any memory of her prompted the family to gather their papers and to begin recording their memories. Public interest in Jane Austen was also developing and the family became concerned that an outsider or another branch of the family would produce a biography. James Edward Austen-Leigh, as the son of the eldest branch, "in a spirit of censorship as well as communication," thus began the project. With the help and support of his sisters and Jane Austen's nieces, he collected materials. The biography was largely the work of James Edward Austen-Leigh, his half-sister Jane Anna Elizabeth Austen Lefroy and, his younger sister Caroline Mary Craven Austen, and their cousin Cassy Esten. Scroll Up and Grab Your Copy.