The Law and the Word (Golden Classics #41) (Paperback) 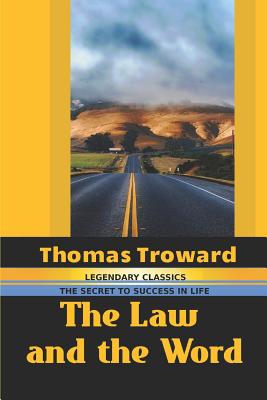 This is book number 41 in the Golden Classics series.

Classics for Your Collection: goo.gl/U80LCr --------- Classics for Your Collection: goo.gl/0oisZU --------- IF I were asked what, in my opinion, distinguishes the thought of the present day from that of a previous generation, I should feel inclined to say, it is the fact that people are beginning to realize that Thought is a power in itself, one of the great forces of the Universe, and ultimately the greatest of forces, directing all the others. This idea seems to be, as the French say, "in the air," and this very well expresses the state of the case--the idea is rapidly spreading through many countries and through all classes, but it is still very much "in the air." It is to a great extent as yet only in a gaseous condition, vague and nebulous, and to not leading to the practical results, both individual and collective, which might be expected of it, if it were consolidated into a more workable form. We are like some amateurs who want to paint finished pictures before they have studied the elements of Art, and when they see an artist do without difficulty what they vainly attempt, they look upon him as a being specially favoured by Providence, instead of putting it down to their own want of knowledge. The idea is true. Thought is the great power of the Universe. But to make it practically available we must know something of the principles by which it works--that it is not a mere vaporous indefinable influence floating around and subject to no known laws, but that on the contrary, it follows laws as uncompromising as those of mathematics, while at the same time allowing unlimited freedom to the individual. Scroll Up and Grab Your Copy Timeless Classics for Your Bookshelf
Classic Books for Your Inspiration and Entertainment Visit Us at: goo.gl/0oisZU

Thomas Troward (1847-1916) was a judge in British-administered India, where he made a personal study of the teachings of Christianity, Islam, Hinduism, and Buddhism. After retiring from the bench in 1896, he applied his legalistic mind to matters of philosophy, and began lecturing and publishing on "Mental Science," eventually becoming president of the International New Thought Alliance.