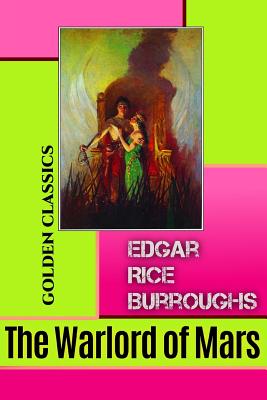 This is book number 29 in the Golden Classics series.

Classics for Your Collection: goo.gl/U80LCr --------- "The Warlord of Mars" (1914) is the 3rd of ll John Carter novels from the pen of Edgar Rice Burroughs. It is a direct continuation of the first two in the series--"A Princess of Mars" and "The Gods of Mars"--and a reading of those earlier titles is absolutely essential before going into this one. Here, Carter tries to rescue his princess, Dejah Thoris, from the clutches of some particularly nasty villains. In his relentless pursuit Carter travels from the south pole of Mars to the forbidden lands of the north. He encounters many varieties of monster, such as the apt and the sith, and gets into more fights and cliffhanging situations than a reader would believe could be packed into a mere 104 pages. The pace of the book is furious, never pausing for breath, and the final battle in the north polar city of Kadabra, in which the combined armies of Barsoomian green, red and black men attack the yellow tribes of the north, is thrilling in the extreme. Scroll Up and Get Your Copy Timeless Classics for Your Bookshelf
Classic Books for Your Inspiration and Entertainment Visit Us at: goo.gl/0oisZU