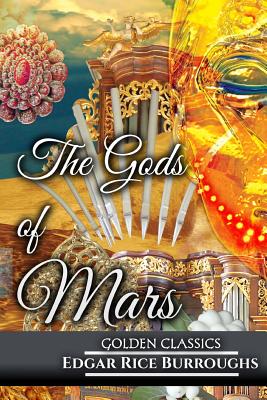 This is book number 28 in the Golden Classics series.

Classics for Your Collection: goo.gl/U80LCr --------- At the end of the first book, A Princess of Mars, John Carter is unwillingly transported back to Earth. The Gods of Mars begins with his arrival back on Barsoom (Mars) after a ten-year separation from his wife Dejah Thoris, his unborn child, and the Red Martian people of the nation of Helium, whom he has adopted as his own. Unfortunately, Carter materializes in the one place on Barsoom from which nobody is allowed to depart: the Valley Dor, which is the Barsoomian afterlife. Burroughs introduced A Princess of Mars, the first Barsoom Novel as though it were a factual account passed on to him personally. He imagines John Carter to be an avuncular figure known to his family for years who entrusted the manuscript of the novel to Burroughs for publication 21 years later. The Gods of Mars is the second Barsoom novel to use this device. John Carter 'visits' Burroughs 12 years after the events of A Princess of Mars, claiming to have mastered the secret of inter-planetary travel. Scroll Up and Get Your Copy.