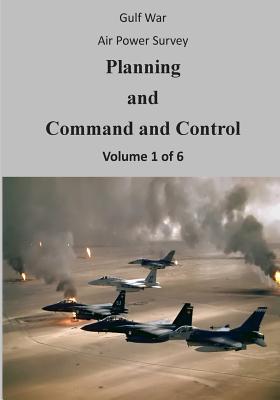 By U. S. Air Force, Office of Air Force History
$31.44
Not currently in store. Available to ship from distributor's warehouse.
(This book cannot be returned.)

The focus of air planners was to envision the use of air power in achieving coalition objectives and military strategy. This report begins with the genesis of that plan with some background to place it within an historical perspective and traces its development through what existed on 16 January 1991.The planning task force addresses three specific questions. First, what were the origins of the air campaign plan that was developed prior to the outbreak of the Gulf War in late July 1990? In brief, there were two: one, a series of contingency plans, the 1002 family of plans developed by planners for the region. In early August, however, the plan proved unable to provide the answers to the Iraqi invasion of Kuwait and threatened attack of Saudi Arabia. The second set of origins was thescenario rehearsed during Exercise Internal Look, a Central Command (CENTCOM) wargame conducted only days before the Kuwaiti invasion.Though time prevented planners from implementing solutions to problems encountered, the exercise did focus their attention on the Gulf and provided them with a precursor of the final air campaign.