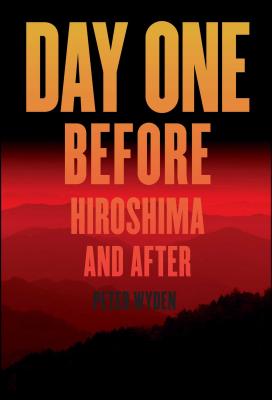 From the author of Bay of Pigs and Betrayal and Survival in Hitler’s Germany comes a full scope look at the bombing of Hiroshima, from the race to create the bomb to its detrimental dropping on Japan and the terrifying consequences that are still affecting the world over seventy years later.

Hiroshima was an event of such magnitude that it divided history into two periods: before and after the bomb. It led to the first day of a new age in which all life would be at risk. Almost seventy years later, as Peter Wyden began this book, the world was still dealing with the fallout of the bomb’s creation.

Wyden draws on eyewitness accounts, interviews, and documents never before published in order to trace the nuclear state of the modern world to the historical roots of Hiroshima. Skillfully weaving together all the strands, stories, and characters, including the scientific, political, moral, military, and human viewpoints, Wyden provides a full understanding of how the bomb was created, why it was used, and what the aftermath of those decisions has been.

Peter H. Wyden was the author and coauthor of nine books, including Bay of Pigs: The Untold Story and Stella: One Woman’s True Tale of Evil, Betrayal, and Survival in Hitler’s Germany.