Colonial Forts of the Champlain and Hudson Valleys: Sentinels of Wood and Stone (Paperback) 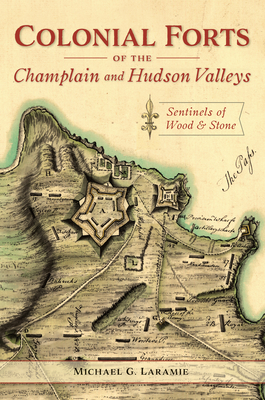 By Michael G. Laramie
$21.99
Not currently in store. Available to ship from distributor's warehouse.

From Montreal to New York City, the rivers and lakes of the Hudson and Champlain Valleys carved a path through the primeval forests of the Northeast. The rival French and English colonies on either end built strategic strongholds there throughout the seventeenth and eighteenth centuries. The establishment of Fort St. Frederic at Crown Point gave the French command over the vital Lake Champlain. The French and Indian War saw the construction of frontier forts such as the English Fort William Henry at the headwaters of Lake George. Fortifications sometimes changed hands and names, such as when French-built Fort Carillon became the famed Fort Ticonderoga after a successful English siege. Author Michael G. Laramie charts the attempts to secure the most important chain of waterways in early North America.