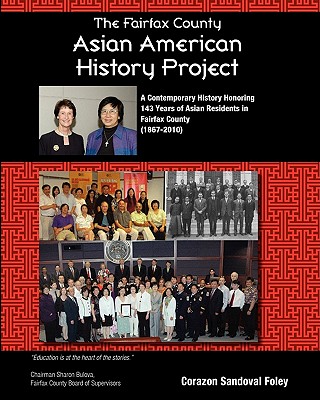 Asian American History in Fairfax County began in 1867 with a Chinese medical missionary student Suvoong. Over 143 years (from 1867 - 2010), Fairfax County history has been enriched by many more Asian American residents that have included Filipino soldiers, Japanese internment camp survivors, Korean poets, Vietnamese refugees, Indian professionals. They have made remarkable contributions as patriotic soldiers and selfless volunteers for the county, as well as leaders in the fields of education, business, public safety, and health care while sharing their heritage through festivals, faith communities, mass media, cuisine, and senior centers. They have shared an abiding love for this special place they chose to call home - Fairfax County, Virginia, once the beloved home of George Washington. Since 1990 Asian residents have been the largest minority group in Fairfax County and by 2007, their numbers havesurpassed 160,000, accounting for over 16% of the population in one of America's most dynamic multicultural megalopolis. The Fairfax County Asian American History Project (FCAAHP) was created in 2007 as an oral history project /community development program aimed at a better understanding of the Asian American community in Fairfax County by all county residents.

Corazon Sandoval Foley is a Fairfax County Filipino American resident who was born in Manila, Philippines and whose family has chosen Fairfax County as their home since 1980. She served with the U.S. Department of State for over 35 years as a Foreign Service wife to her diplomat husband Michael, then became a Foreign Service diplomat herself in Leningrad (now St. Petersburg, Russia), and later transferred to the Civil Service as a specialist on intelligence and economic affairs in the Bureau of Intelligence and Research (INR). Cora and Mike Foley retired on the same day - April Fools' Day in 2007 - and Cora Foley has used the retirement gift of time and energy to learn more about her family's beloved home of Fairfax County. She participated in the Fairfax County Jamestown 400 Committee and wrote a story "It Began with the 1898 Spanish-American War" about Filipino American history -- and the growth of Filipino and other Asian residents to become the largest minority group in Fairfax County . Building on her many years of leadership on Asian American issues in the federal government, Cora Foley initiated in 2007 the Filipino American National Historical Society of Northern Virginia (FANHS-NoVA) that became the building block for the Fairfax County Asian American History Project (FCAAHP). Chairman Sharon Bulova of the Fairfax County Board of Supervisors kindly agreed in 2007 to Cora Foley's request for official county sponsorship of FCAAHP. Chairman Sharon Bulova and Cora Foley became the project leaders for a team of county residents who volunteered their time, energy, and other resources to develop the first-ever historical research on the history, the heritage and the contributions of Fairfax County Asian Americans. Cora Foley in 2010 is developing a TV show on Fairfax County Public Access TV Channel 10 on the Fairfax County Asian American History Project. She created a website for FCAAHP at http: //fairfaxasianamericans.community.officelive.com/FCAAHPBookDraft.aspx.