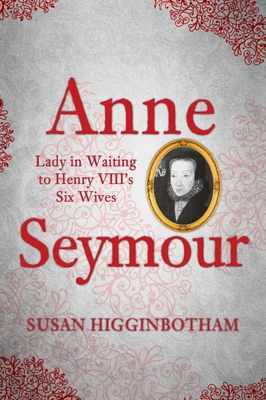 Catherine Parr called her 'that hell', while Queen Mary I called her 'my good Nann'. Lady-in-waiting to each of Henry VIII's six queens, Anne Seymour, Duchess of Somerset, witnessed the reigns of Henry VIII and each of his three children. When her sister-in-law Jane became Henry's third queen, Anne shared her husband Edward Seymour's rise to power - and his tragic fall. Friends with Mary I despite their strong religious differences, Anne had a more difficult relationship with Elizabeth I, who sent her son and his bride to the Tower. Anne gave her daughters splendid educations, befriended a religious martyr, Anne Askew, and feuded with Catherine Parr. Her brother-in-law, her brother, and her husband each died on the scaffold, and Anne herself spent months in the Tower. Yet after a tumultuous life, Anne would die elderly and wealthy - and in her bed.

Susan Higginbotham is a lawyer and lives in North Carolina, USA. She is the author of 'The Woodvilles: The Wars of the Roses and England's Most Infamous Family' and five historical novels set in Lanacastrian and Tudor England.