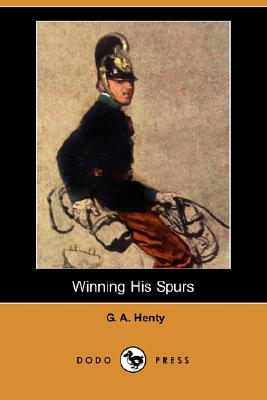 George Alfred Henty (1832-1902), referred to as G. A. Henty, was a prolific English novelist, special correspondent, and Imperialist born in Trumpington, England. He is best known for his historical adventure stories that were popular in the late 19th century. His works include Out on the Pampas (1871), The Young Buglers (1880), With Clive in India (1884) and Wulf the Saxon (1895). He attended Westminster School, London and later Gonville and Caius College, Cambridge, where he was a keen sportsman. Henty once related in an interview how his storytelling skills grew out of tales told after dinner to his children. He wrote his first children's book, Out on the Pampas in 1868, naming the book's main characters after his children. While most of the 122 books he wrote were for children, he also wrote adult novels, non-fiction such as The March to Magdala (1868) and Those Other Animals (1891), short stories for the likes of The Boy's Own Paper and edited the Union Jack, a weekly boys magazine.