The Longest Kill: The Story of Maverick 41, One of the World's Greatest Snipers (Hardcover) 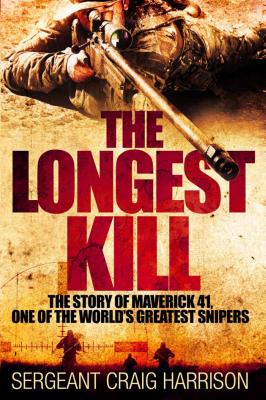 By Craig Harrison
Out of Print

It takes a tough mindset to be a successful sniper, to be able to dig in for days on your own as you wait for your target, to stay calm on a battlefield when you yourself have become the target the enemy most want to take out. Craig Harrison has what it takes and in November 2009 in Afghanistan, under intense pressure, he saved the lives of his comrades with the longest confirmed sniper kill - 2,475 meters.

In this unflinching autobiography, Craig catapults us into the heat of the action as he describes his active service in the Balkans, Iraq and Afghanistan, and gives heart-stopping accounts of his sniper ops as he fought for his life on the rooftops of Basra and the barren hills of Helmand province. Craig was blown up by an IED in Afghanistan and left battling severe PTSD. After his identity was revealed in the press he also had to cope with al Qaeda threats against him and his family. For Craig, the price of heroism has been devastatingly high.

Powerful and compelling, The Longest Kill is a must-read for fans of military memoirs.

CRAIG HARRISON joined the Blues and Royals, a Household Cavalry regiment, at sixteen. He has served in Bosnia, two tours of Iraq and two tours of Afghanistan. He trained to become a sniper after his first Iraq tour and holds the world record for the longest recorded sniper kills. He was mentioned in dispatches for his bravery.

"For military buffs, particularly those who read Chris Kyle and Scott McEwan'sAmerican Sniper and The Reaper by Nicholas Irving and Gary Brozek." - Library Journal

"Providing an immersive experience for readers, [Harrison] recalls with clarity the tension of numerous missions and the toll exacted on the soldiers." - Publishers Weekly

“For any sniper, being able to place a projectile on a target at distance in combat can be a challenging task. There are a ton of factors that need to be taken into account for long distance shooting in order to achieve impact. For fellow sniper Craig Harrison, he truly went above and beyond and took the sniper's craft to a whole new high: placing a round on his targets at a distance exceeding a mile and a half (2475 m) while operating in the Helmand Provence, Afghanistan--a place I know all too well. It was an amazing shot that any sniper would be proud of andThe Longest Kill is an amazing account of his impressive career.” —Nicholas Irving, former special operations sniper and New York Times bestselling author of The Reaper