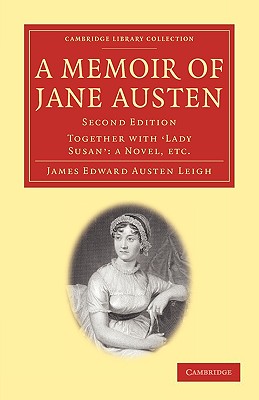 In the mid-nineteenth century, as Jane Austen's fame grew, her family was under increasing pressure to provide details about her life and work. Her nephew James Edward Austen-Leigh, who had known her personally, collected a series of reminiscences, letters and family documents and put them together in this very first full-length biography of Jane Austen, published in 1870. Concentrating on his aunt Jane's life in rural southern England, he made public for the first time the domestic and social context which nurtured her and within which she wrote her famous novels. He also gave previously unknown details about her efforts to publish her work, including some of her correspondence. At the same time he created a partial portrait of a modest, unassuming and devout woman, living 'in entire seclusion from the literary world', which has influenced Austen scholarship ever since.