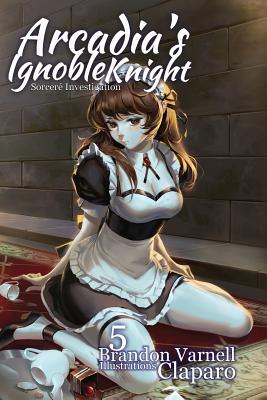 It's been several months since Caspian became Elincia's knight. Their work hasn't been too difficult thus far, but that is about to change when Sylvia tasks them with settling a dispute between two MagiTech companies: Thaumaturgical Industries and Harmonix.

What should have been a simple investigation regarding the buying, selling, and creation of magical matrices becomes so much more when Cassadinia is attacked by Murakumos--the powerful MagiTech automatons that devastated the Colosseum during the Sorceress's Knight's Tournament.

Discovering who is behind these attacks will take all the wit and skill these two possess. But they may not like what happens when they discover who the culprit is.