World War 1 - The Western Front to Verdun and the Somme: Minifig Battlefields (Hardcover) 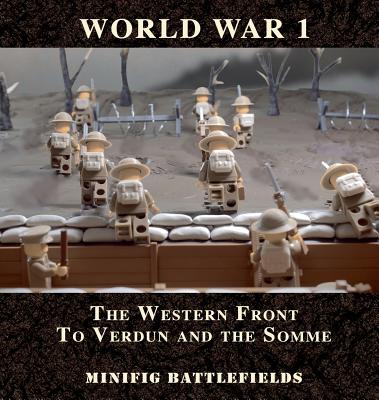 The Great War was the first global conflict of the industrial age and launched on a wave of patriotic fervor and optimism. After the commemoration of the 100 years of the start of the Great War and now at the end of World War 1, young people are once again engaging in projects about stories and events on the Western front, rich in content and memories. To continue to connect with the young generation, this first illustrated book charts the events from the beginning to Verdun and the Somme across the muddy battlefields. To present this historical period, this book narrates the history of World War 1 using short re-enactment and scenes built from Minifig Battlefields military figures, the accessories, trenches, battlefields and weaponry used in the campaign as well as other customised Lego pieces.

Military tactics before WW1 failed to keep pace with advances in technology. These advances, particularly on the Western Front in Europe, allowed the creation of strong defensive systems such as trenches, while barbed wire, artillery and machine guns, made crossing the ground in between, 'no-mans-land', extremely difficult. It was into this that soldiers of the major powers on the Western Front, the Germans, the French and the British, found themselves placed in 1914, armed only with a rifle, bayonet and grenades. In this book, the Minifig Soldiers with high quality printed uniform designs, and equipped with a wide range of custom 3D printed headgear, weapons and accessories enter the war. Together with field artillery and machine guns, trenches and battlefields, this book charts the Great War from the beginning to Verdun and the Somme, from 1914 to 1916.

The imagery throughout this book has been recreated using customised minifigs and accessories from photographs of the period to make it both historically faithful and engaging especially to enthusiasts and younger readers.