A Line in the Sand (Paperback) 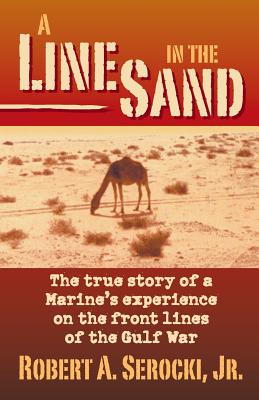 By Robert a. Serocki
$19.95
Not currently in store. Available to ship from distributor's warehouse.
(This book cannot be returned.)

This book is a true account of my experience as a Marine in the Gulf War. I decided to tell my story in hopes of developing, in the reader, a deeper respect for America's veterans by revealing the extreme mental and physical sacrifices a soldier must make during war. I want to show how our own government, while fulfilling our duty, treated us, how people get through such experiences and what those people do to keep their sanity. For me it was music and religion. I lived vicariously in the songs; they allowed me to mentally release pent up emotions and often, at times, the music would take me away to a place where there was no danger. Belief in a supreme being helped me to also cast away my fears. I had God to confide in and it was a way to help make me feel like I had some control over my destiny. It also helped me to accept death. I served two tours in the Gulf War. Marines did not have the luxury of knowing that when our tour of duty was over we could go home. We were there for the duration, no matter how long that took. As the Commandant of the Marine Corps put it so gracefully in the Saudi desert on a blistering hot October day, "Your head and your ass are in my corner and you will go home when I say you can go home " War is pure hell, no matter how quickly it ends or how long it lasts. Ever since I came home from the Gulf War I have had to deal with hearing things like "Oh, that was an easy war" or "They didn't even fight, you guys had it easy." People kept telling me "Oh, that wasn't a real war." Compared to other wars, such as World War I, World War II, Korea, and more recently Vietnam, the loss of life, on our side, was far less. However, no war is easy and losing one life, let alone a few hundred, is one too many. I hope to dispel these perceptions and show what really happened in the Gulf War. The fact of the matter is, as General Norman Schwartzkopf put it, "It's not that the Iraqi's didn't fight, it's that our troops are just that damn good " I hope to show the realities of war, which can be quite unnerving and gut wrenching. Realities that were so painful they have forced grown men to wound and even kill themselves just to escape. Memories that cause them to do drugs, drink and completely defile themselves for a release from the pain, if only for a few hours. I want to reveal the stark differences between what really happens in war and what is reported to the American people. We all had to change and adapt to our situation overseas in order to survive, greatly changing all of our lives once we returned home. As the Marine Corps always says, "Adapt, overcome, and improvise " In the past I had to apply this esoteric phrase to many enigmatic cycles of my life in order to overcome them. Back when I was contemplating writing this book I was taken by a quote from the movie Platoon, by Oliver Stone. At the end of the movie, Charlie Sheen's character reflects on his experiences and says, "Those of us who make it home have an obligation to rebuild again and to teach the world what we know." With this book, I hope to achieve this. Those of us, who do make it, have made it for a reason. I think, for me, that reason is the one so poignantly stated above; I have an obligation to rebuild and to teach the world what I know.