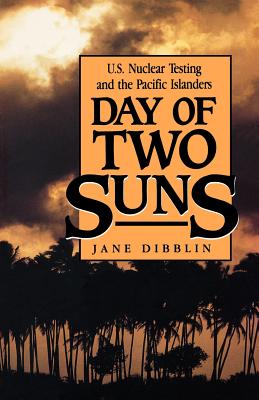 Between 1946 and 1958, the U.S. conducted some 66 nuclear bomb tests in the Marshall Islands. In 1959, this scattering of coral atolls was again chosen as the testing site for a new generation of weapons-long-range missiles fired in the U.S. Then in 1984 a missile fired from California was intercepted by one from Kwajalein atoll: SDI, or Star Wars, was declared a realizable dream. As military researcher Owen Wilkes has noted: "If we could shut down the Pacific Missile Range, we could cut off half the momentum of the nuclear race." This is the story of the preparations for war which every day impinge on tire lives of Pacific Islanders caught on the cutting edge of the nuclear arms race. It is the story of a displaced people contaminated by nuclear fallout, forcibly resettled as their own islands become uninhabitable, and reduced to lives of poverty, ill-health, and dependence. It is also a stirring account of the Marshall Islanders themselves, of their resilience and protest, and of their attempts to seek redress in the courts. It is a shocking and timely study.

Jane Dibblin has written for numerous publications including the New Statesman, The Nation, The Observer, and Spare Rib. She was deputy editor of the Journal of European Nuclear Disarmament, and has long been active in both the women's movement and the peace movement. A special interest in the Pacific led her to the Marshall Islands for this, her first book.