Wars of Modern Babylon: A History of the Iraqi Army from 1921 to 2003 (Foreign Military Studies) (Hardcover) 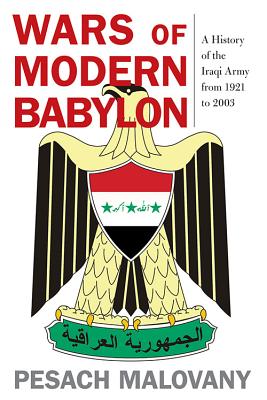 By Pesach Malovany, Ya'akov Amidror (Foreword by), Amnon Lipkin-Shahak (Foreword by)
Not currently in store. Available to ship from distributor's warehouse.
(This book cannot be returned.)

As long as there have been wars, victors have written the prevailing histories of the world's conflicts. An army that loses -- and especially one that is destroyed or disbanded -- is often forgotten. Nevertheless, the experiences of defeated forces can provide important insights, lessons, and perspectives not always apparent to the winning side.

In Wars of Modern Babylon, Pesach Malovany provides a comprehensive and detailed history of the Iraqi military from its formation in 1921 to its collapse in 2003. Malovany analyzes Iraqi participation in the 1948, 1967, and 1973 Arab wars against Israel as well as Iraq's wars with the Kurds during the twentieth century. His primary focus, however, is the era of Saddam Hussein (1979--2003), who implemented rapid and significant military growth and fought three major wars: against Iran from 1980 to 1988, and against coalition forces led by the United States in 1991 and 2003. He examines the Iraqi military at the strategic, operative, and tactical levels; explains its forces and branches; and investigates its use of both conventional and unconventional weapons.

The first study to offer a portrait of an Arab army from its own point of view, Wars of Modern Babylon features interviews with and personal accounts from officers at various levels, as well as press accounts covering the politics and conflicts of the period. Malovany also analyzes books written by key figures in the Iraqi government and the army high command. His definitive chronicle offers English speakers new and overlooked perspectives on critical developments in twentieth-century history. The book won the Israel Yitzhak Sade Award for Military Literature in 2010.

Colonel Pesach Malovany, IDF (Ret.) is a senior intelligence analyst who served for many years in the collection and research units of the Intelligence Corps.