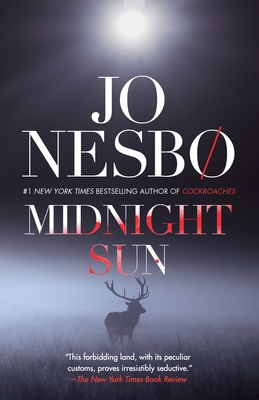 From the #1 New York Times bestselling author of Cockroaches, a “forcefully written story of personal defeat, despair, and salvation” (The New York Times Book Review) about a man with one small problem—his former boss, Oslo's most notorious drug kingpin, wants him dead.

"A fun read, with a likable protagonist and a brisk, page-turning pace." —Los Angeles Times

Ulf was once the kingpin's fixer, but after betraying him, Ulf is now the one his former boss wants fixed. Hiding out at the end of the line in northern Norway, Ulf lives among the locals. A mother and son befriend him, and their companionship stirs something deep in him that he thought was long dead. As he awaits the inevitable arrival of his murderous pursuers, he questions if redemption is at all possible or if, as he's always believed, “hope is a real bastard.”

JO NESBØ’s books have been translated into forty-seven languages. He is the author of the Harry Hole series, as well as Headhunters, The Son, Blood on Snow, Midnight Sun, and several children’s books. He has received the Glass Key Award for best Nordic crime novel. He is also a musician, songwriter, and economist and lives in Oslo.

"This forcefully written story of personal defeat, despair, and salvation sends a man off to lose himself in the wilderness—where he finds himself instead." —The New York Times Book Review

"Readers who like their crime fiction cut-to-the-bone lean will love the opening pages of Jo Nesbø's new, swift-moving existential thriller.... A compelling exploration of love, faith, the meaning of life and redemption." —Richmond Times-Dispatch

"A fun read, with a likable protagonist and a brisk, page-turning pace. Nesbø is a talented storyteller and his narrative intuition is on full display." —Los Angeles Times