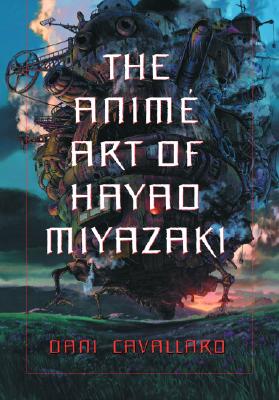 By Dani Cavallaro
Not currently in store. Available to ship from distributor's warehouse.

The thought-provoking, aesthetically pleasing animated films of Hayao Miyazaki attract audiences well beyond the director's native Japan. Princess Mononoke and Spirited Away were critically acclaimed upon U.S. release, and the earlier My Neighbor Totoro and Kiki's Delivery Service have found popularity with Americans on DVD. This critical study of Miyazaki's work begins with an analysis of the visual conventions of manga, Japanese comic books, and anime; an overview of Japanese animated films; and a consideration of the techniques deployed by both traditional cel and computer animation. This section also details Miyazaki's early forays into comic books and animation, and his output prior to his founding of Studio Ghibli. Part Two concentrates on the Studio Ghibli era, outlining the company's development and analyzing the director's productions between 1984 and 2004, including Castle in the Sky, My Neighbor Totoro and his newest film, Howl's Moving Castle. The second section also discusses other productions involving Studio Ghibli, including Grave of the Fireflies and The Cat Returns. Appendices supply additional information about Studio Ghibli's merchandise production, Miyazaki's global fan base, and the output of other Ghibli directors.

Dani Cavallaro has written widely about literature, cultural theory, and anime. She lives in London.