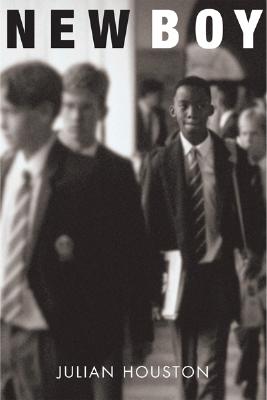 Fifteen-year-old Rob Garrett wants nothing more than to escape the segregated South and prove himself. But in late 1950s Virginia, opportunity doesn’t come easily to an African American. So Rob’s parents take the unusual step of enrolling their son in a Connecticut boarding school, where he will have the best education available. He will also be the first student of color in the school’s history. No matter—Rob Garrett is on his way.
But times are changing. While Rob is experiencing the privilege and isolation of private school, a movement is rising back home. Men and women are organizing, demanding an end to segregation, and in Rob’s hometown, his friends are on the verge of taking action. There is even talk about sitting in at a lunch counter that refuses to serve black people. How can Rob hope to make a difference when he’s a world away?

Julian Houston was born in Richmond, Virginia, and educated in the public schools of that city before attending the Hotchkiss School in Lakeville, Connecticut. He attended Boston University and was a community organizer in Harlem during the civil rights movement. He is now an associate justice of the Superior Court of Massachusetts. Julian Houston lives in Brookline, Massachusetts, with his wife and family.

"[A] powerful debut novel. . . . A great addition to the history shelves, this brings up much for discussion about then and now." ––Booklist, Starred Review

"This is history without the sensationalism, in which small acts of resistance eventually change the rules." —The New York Times Book Review

"A strongly effective work of historical fiction." —Bulletin of the Center for Children's Books