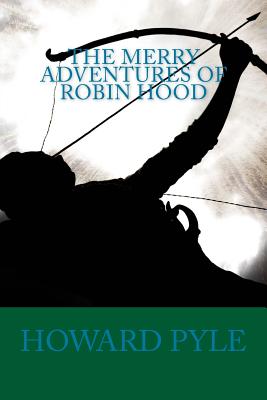 Robin Hood as a heroic character really began with this novel. Howard Pyle culled various stories about Robin Hood from the traditional ballads and wove them together into a cohesive story. He toned down the violence and killing to make Robin Hood a hero more than a rogue., and to make it more appropriate reading for children. Find out how Robin Hood became an outlaw who steals from the rich to give to the poor. Meet Maid Marian, Friar Tuck, Little John, Will Scarlet and the evil Sheriff of Nottingham. The novel was written for children, but through the years has been adored by adults, too.

Howard Pyle (1853-1911) was an author and illustrator primarily of children's books. He's best known for The Merry Adventures of Robin Hood. Through his illustrations, he heavily influenced the current stereotype for pirate dress as seen in movies like Pirates of the Caribbean.