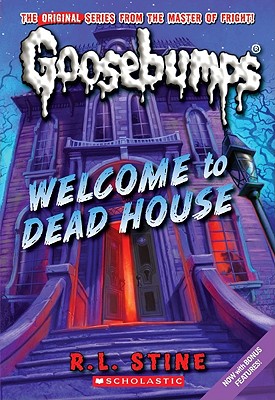 This is book number 13 in the Classic Goosebumps series.

Enter at your own Risk: The first ever Goosebumps.
Now with creepy bonus features!

11-year-old Josh and 12-year-old Amanda just moved into the oldest and weirdest house on the block--the two siblings think it might even be haunted! But of course, their parents don't believe them. You'll get used to it, they say. Go out and make some new friends.
But the creepy kids are not like anyone Josh and Amanda have ever met before. And when they take a shortcut through the cemetery one night, Josh and Amanda learn why.