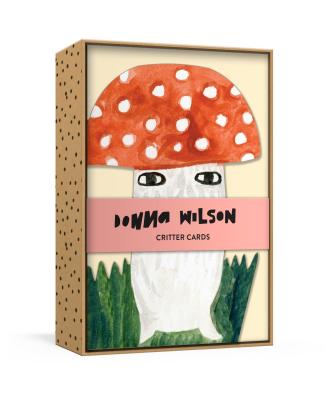 These twelve die-cut cards feature six of Donna Wilson's wildly popular imaginary creatures (two of each--one to send and one to keep) that until now have only been available in knitted versions. Expressive eyes, a button nose, and a crooked smile will be rendered in thread on each to echo the cuddly nature of the textile versions.

DONNA WILSON is a London-based illustrator and textile designer. She studied textiles at London's Royal College of Art before opening her own studio. Her products include luxurious knitted and felted pillowcases, blankets, and stuffed animals that are executed by a team of Scottish knitters. In 2010, she was named Designer of the Year at Elle Decoration's British Design Awards. Donna's products are carried in a number of high profile retailers here and in the UK, including ABC Home Furnishing, Anthropologie, Restoration Hardware, Uncommon Goods, and Land of Nod.