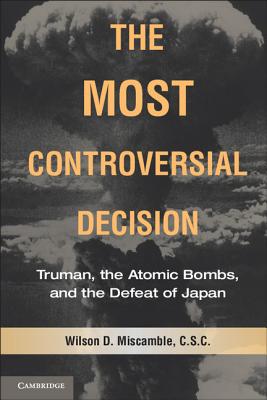 This book explores the American use of atomic bombs, and the role these weapons played in the defeat of the Japanese Empire in World War II. It focuses on President Harry S. Truman's decision making regarding this most controversial of all his decisions. The book relies on notable archival research, and the best and most recent scholarship on the subject to fashion an incisive overview that is fair and forceful in its judgments. This study addresses a subject that has been much debated among historians, and it confronts head-on the highly disputed claim that the Truman administration practiced -atomic diplomacy.- The book goes beyond its central historical analysis to ask whether it was morally right for the United States to use these terrible weapons against Hiroshima and Nagasaki. It also provides a balanced evaluation of the relationship between atomic weapons and the origins of the Cold War.