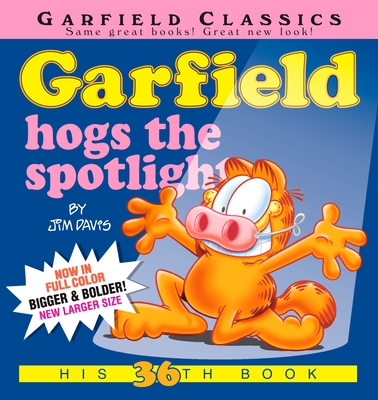 This is book number 36 in the Garfield series.

Garfield is ready for his close-up!

The witty kitty is back in the spotlight with a rollicking one-cat show! And this portly performer has an ego as big as his legendary appetite. So whether he's practicing his Volleydog serve on Odie, pantsing the unsuspecting mailman, or trying to lure birds to his barbecue-grill-birdbath, GARFIELD always makes sure he's the center of attention!