Garfield: Life to the Fullest: His 34th Book (Paperback) 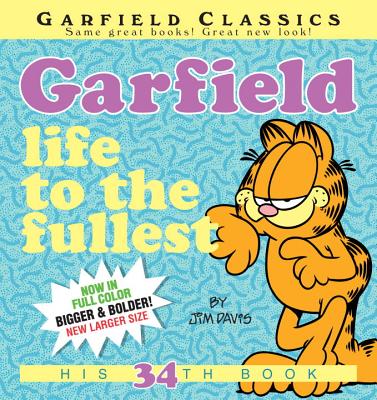 This is book number 34 in the Garfield series.

The perfect holiday gift for fans of the world’s favorite feline!

The tubby tabby is back, and he's livin' larger than ever! So whether he's enveloping Pooky in his Herculean hug, arguing with the talking scale, or munching on his masterpiece, the Leaning Tower of Pizza, Garfield's motto is always the same: Bigger is better!

The GARFIELD CLASSICS series collects the early years of the Garfield comic strip in a larger, full-color format. Garfield may have gone through a few changes, but one thing has stayed the same: his enormous appetite for food and fun. So laugh along with the classic cat, because classics are always in style.