Garfield Listens to His Gut: His 62nd Book (Paperback) 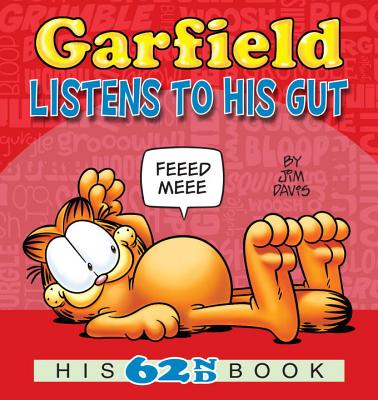 This is book number 62 in the Garfield series.

Garfield’s gut instinct is to eat—and eat BIG! And why not? That’s how the fat cat became famous, enjoying enormous success worldwide. And that’s how the big-bellied glutton still rolls. Garfield fans can binge-read his comics in this fun-filled collection!