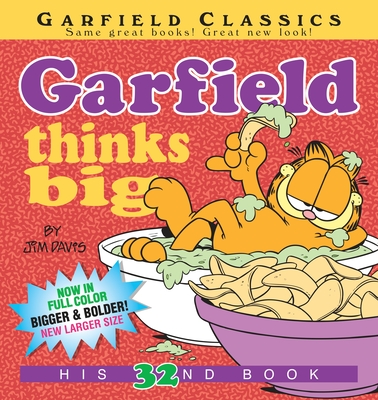 This is book number 32 in the Garfield series.

The perfect holiday gift for fans of the world’s favorite fat cat!

Big Thoughts from an Even Bigger Cat

Garfield is a true Aristotle of cats, pondering such tough questions as: How many plates of lasagna can a cat consume in a single sitting? That’s a lot of food for thought, but you can bet this feline philosopher will gobble his way to an answer—and still find room for dessert! It’s nothing less than sidesplitting fun, so don’t miss out as Garfield thinks (and eats) BIGGER than ever before!