The Cold and the Dark: The World After Nuclear War (Paperback) 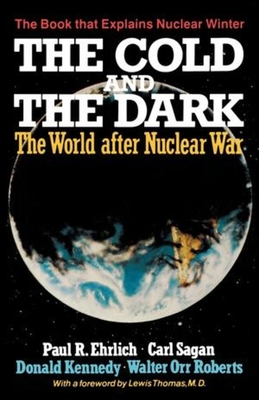 “The scientific discoveries described in this book may turn out . . . to have been the most important research findings in the long history of science.” —Lewis Thomas, from the Foreward

The Cold and the Dark is the record of the Conference on the Long-Term Worldwide Biological Consequences of Nuclear War, held in Washington, D.C., on October 31 to November 1, 1983. The conference involved over 200 scientists from many nations and drew together the best available scientific information. Its central finding was the phenomenon of nuclear winter: a much more profound and long-lasting devastation of the earth and atmosphere than had been believed possible before. In the two principal papers, Carl Sagan presents the atmospheric and climatic consequences of nuclear war and Paul Ehrlich summarizes its biological implications. Also included is the text of the “Moscow Link” —a dialogue between Soviet and American scientists on nuclear winter—and the technical papers providing the scientific evidence for the book’s conclusions.