The Rainbow Troops: A Novel (Paperback) 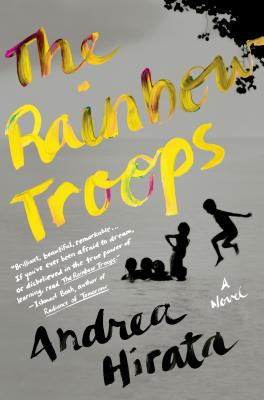 From Indonesia, an inspiring, record-breaking bestseller—and a modern-day fairy tale

Ikal is a student at the poorest village school on the Indonesian island of Belitong, where graduating from sixth grade is considered remarkable. His school is under constant threat of closure. Ikal and his friends—a group nicknamed the Rainbow Troops—face threats from every angle: skeptical government officials, greedy corporations, deepening poverty, crumbling infrastructure, and their own low self-confidence.

But the students also have hope, which comes in the form of two extraordinary teachers, and Ikal's education in and out of the classroom is an uplifting one. We root for him as he defies the island's tin mine officials. We meet his first love, the unseen girl who sells chalk from behind a shop screen, whose pretty hands capture Ikal's heart. We cheer for Lintang, the class's barefoot math genius, as he bests the students of the mining corporation's school in an academic challenge. Above all, we gain an intimate acquaintance with the customs and people of the world's largest Muslim society.

This is classic storytelling in the spirit of Khaled Hosseini's The Kite Runner: an engrossing depiction of a milieu we have never encountered before, bursting with charm and verve.

Andrea Hirata is an Indonesian writer. He was a participant in the International Writing Program at the University of Iowa in 2010. His first novel, The Rainbow Troops (Laskar Pelangi), sold more than five million copies in Indonesia, making him the country’s bestselling writer of all time, as well as its first to enjoy truly international success: The Rainbow Troops has been published or is forthcoming in twenty-three countries and counting. Hirata has written three sequels to The Rainbow Troops: Sang Pemimpi (The Dreamer), Edensor, and Maryama Karpov. He lives in Indonesia.

“Hirata's writing is as brilliant, beautiful, remarkable, and engrossing as the characters and the world he brings us. If you've ever been afraid to dream, or disbelieved in the true power of learning, read The Rainbow Troops and you'll be changed by the two guardians and their small number of students, whose intelligence and vibrancy will intoxicate you. This is a treasure from one of the largest Muslim societies in the world.” —Ishmael Beah, author of A Long Way Gone

“The Rainbow Troops is a charming, funny, moving story about growing up and going to school on the island of Belitong in Indonesia. The Rainbow Troops are students in a poor, beleaguered village school, run by a pair of courageous and generous teachers who protect and champion their tiny class. I loved reading these stories about brave, smart, resourceful kids, set in a magical landscape that includes clouds, crocodiles, and shamans, as well as tin mining, politics, and regional school competitions.” —Roxana Robinson, author of Cost