Garfield Hams It Up: His 31st Book (Paperback) 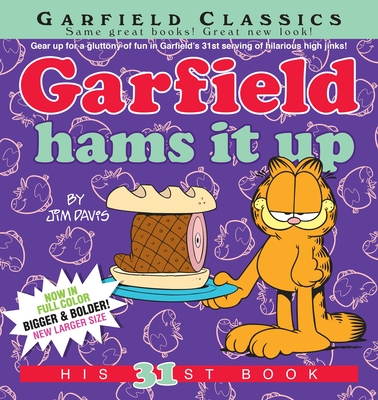 This is book number 31 in the Garfield series.

Faster than a jelly donut, able to gobble lasagna in a single gulp . . .

It’s the one and only feisty furball Garfield—the corpulent cat with an attitude second only to his appetite. So whether he’s relishing the fall season (the crinkle of autumn’s rustling leaves sounds remarkably like potato chips) or sharpening his claws (quite handy for scratching through a plastic cheese wrapper), rest assured that where Garfield goes, fun—and food—are fast to follow!