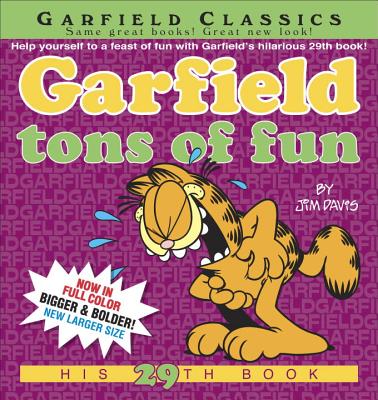 This is book number 29 in the Garfield series.

There’s more of Garfield to love!

In this nifty collection, Garfield contemplates the advantages of growing older—and fatter! Whether he’s settling in for a catatonic evening of TV viewing, testing the first law of physics on his back, or just hunting burgers in the kitchen, Garfield is sure to go light on the action and heavy on the laughs. So grab a seat and get ready for Tons of Fun as Garfield treats us to another heaping helping of humor!