Garfield Sings for His Supper: His 55th Book (Paperback) 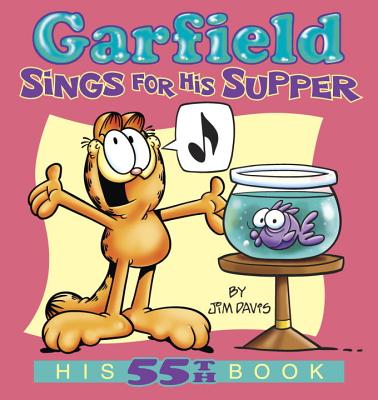 This is book number 55 in the Garfield series.

The famous fat cat with the awesome appetite sings for his supper, dances for his dessert, and acts for his snacks in this collection of hilarious daily and Sunday comics. On with the show!