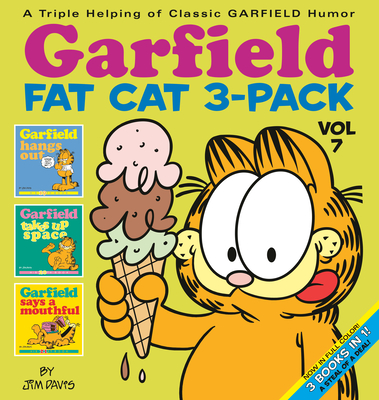 This uproarious collection includes three books in one: Garfield Hangs Out, Garfield Takes Up Space, and Garfield Says a Mouthful.

The tubby trickster is at it again, and the joke’s always on Jon!

Over the years, Garfield’s pulled some great stunts on his hapless—and helpless—owner: gluing the phone to Jon’s ear; greasing the bottom of his shoes; and giving Jon a Mohawk while he slept (hey, you snooze, you lose!).

But it’s all in fun. Deep down, Garfield knows he needs Jon. Who else is going to pay the pizza delivery guy?

Kick back, relax, and join the fat cat for an extra-large laughfest of hilarious high jinks!