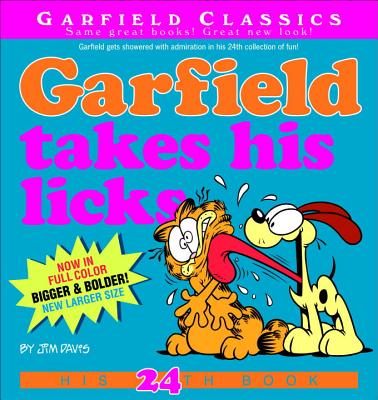 This is book number 24 in the Garfield series.

Eat, Sleep, and Be Merry—with Garfield!

Just as day becomes night, summer becomes fall, and breakfast becomes lunch (with ample time for snacks in between!), Garfield becomes plumper and funnier with every meal he devours and every practical joke he performs. So whether he’s nudging Odie off the coffee table or “doing” lunch with Jon’s goldfish, Garfield’s in it for the fun—and so are we!