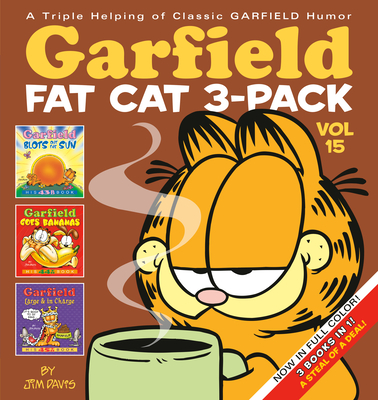 This is book number 15 in the Garfield series.

This uproarious collection includes three books in one: Garfield Blots Out the Sun, Garfield Goes Bananas, and Garfield Large & in Charge.

The art of fun is on full display in Garfield's latest Fat Cat colossus!

The furry Picasso uses Odie as a canvas, expresses himself in interpretive dance, and shows his clever creativity in the kitchen. The ingenious and always gluttonous cat even elevates burping to an art form!

So, Garfield lovers, enjoy the exhibit!