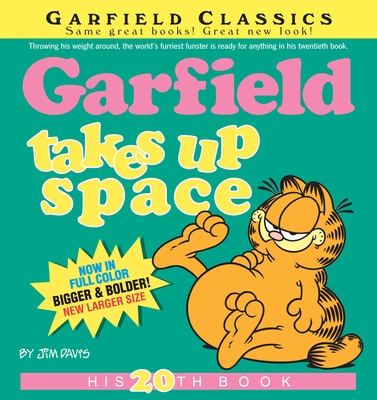 This is book number 20 in the Garfield series.

Garfield's Got the Magic Touch

Garfield knows what matters in life—whether he's stealing Jon's dinner, performing for his favorite audience, or simply pondering the vastness of space. And he must be doing something right, because this is his twentieth book and he's still going strong. Live it up, Garfield, and take your millions of fans along for the ride!