Starlight Barking: The Sequel to The Hundred and One Dalmatians (Paperback) 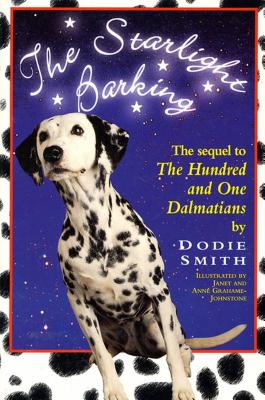 Dodie Smith's The Hundred and One Dalmatians, later adapted by Disney, was declared a classic when first published in 1956. The Starlight Barking, Dodie's own long-forgotten sequel, is a thrilling new adventure for Pongo and his family, lavishly illustrated by the same artist team as the first book. As the story opens, every living creature except dogs is gripped by an enchanted sleep. One of the original Dalmatian puppies, all grown up since the first novel, is now the Prime Minister's mascot. Relying on her spotted parents for guidance, she assumes emergency leadership for the canine population of England. Awaiting advice from Sirius, the Dog Star, dogs of every breed crowd Trafalgar Square to watch the evening skies. The message they receive is a disturbing proposition, one that might forever destroy their status as "man's best friend."

Dorothy Gladys "Dodie" Smith, born in 1896 in Lancashire, England, was one of the most successful female dramatists of her generation. She wrote Autumn, Crocus, and Dear Octopus, among other plays. I Capture the Castle, her first novel, was written in the 1940s while she was living in America. An immediate success, it marked her crossover from playwright to novelist, and was produced as a play in 1954. Smith also wrote the novels The Town in Bloom, It Ends with Revelations, A Tale of Two Families, and The Girl in the Candle-Lit Bath, but she is best known today as the author of two highly popular stories for young readers: The Hundred and One Dalmatians and The Starlight Barking. She died in 1990.