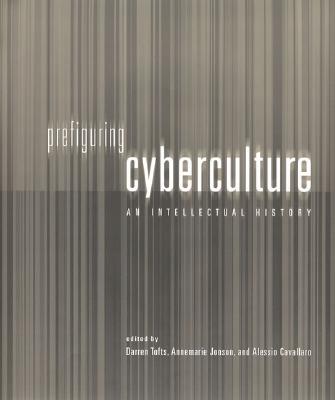 Multidisciplinary explorations of the antecedents to cyberculture through examinations of key historical texts, from Plato to Arthur C. Clarke.

The vast social apparatus of the computer network has aligned people with technology in unprecedented ways. The intimacy of the human-computer interface has made it impossible to distinguish technology from the social and cultural business of being human. Cyberculture is the broader name given to this process of becoming through technological means. This book shows that cyberculture has been a long time coming. In Prefiguring Cyberculture, media critics and theorists, philosophers, and historians of science explore the antecedents of such aspects of contemporary technological culture as the Internet, the World Wide Web, artificial intelligence, genetic engineering, virtual reality, and the cyborg. The contributors examine key texts that anticipate cybercultural practice and theory, including Plato's "Simile of the Cave"; the Renaissance Ars Memoria; Descartes's Meditations (on the mind-body split); Mary Shelley's Frankenstein; Alan Turing's Computing Machinery and Intelligence; Philip K. Dick's Man, Android, and Machine; William Gibson's Neuromancer; and Arthur C. Clarke's Profiles of the Future. In the final section, a number of cyberculture artists explore how cybercultural themes have been taken up and critiqued in the electronic arts. This book is not for sale in Australia and New Zealand

Darren Tofts is Chair of Media and Communications at Swinburne University of Technology, Melbourne.