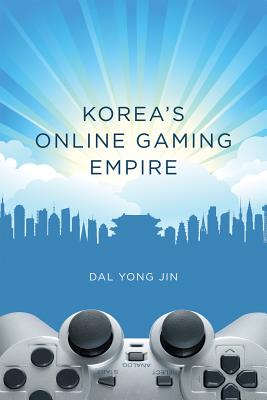 The rapid growth of the Korean online game industry, viewed in social, cultural, and economic contexts.

In South Korea, online gaming is a cultural phenomenon. Games are broadcast on television, professional gamers are celebrities, and youth culture is often identified with online gaming. Uniquely in the online games market, Korea not only dominates the local market but has also made its mark globally. In Korea's Online Gaming Empire, Dal Yong Jin examines the rapid growth of this industry from a political economy perspective, discussing it in social, cultural, and economic terms. Korea has the largest percentage of broadband subscribers of any country in the world, and Koreans spend increasing amounts of time and money on Internet-based games. Online gaming has become a mode of socializing--a channel for human relationships. The Korean online game industry has been a pioneer in software development and eSports (electronic sports and leagues). Jin discusses the policies of the Korean government that encouraged the development of online gaming both as a cutting-edge business and as a cultural touchstone; the impact of economic globalization; the relationship between online games and Korean society; and the future of the industry. He examines the rise of Korean online games in the global marketplace, the emergence of eSport as a youth culture phenomenon, the working conditions of professional gamers, the role of game fans as consumers, how Korea's local online game industry has become global, and whether these emerging firms have challenged the West's dominance in global markets.