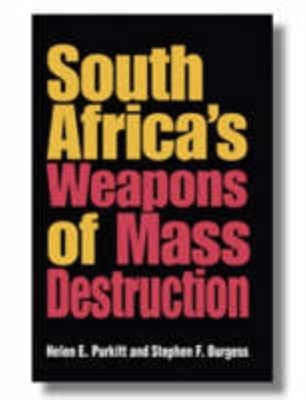 South Africa's Weapons of Mass Destruction offers an in-depth view of the secret development and voluntary disarmament of South Africa's nuclear, biological, and chemical weapons program, Project Coast. Helen E. Purkitt and Stephen F. Burgess explore how systems used for nuclear, biological, and chemical weapons in South Africa were acquired and established beyond the gaze of international and domestic political actors. On the basis of archival evidence from Project Coast and their own extensive interviews with military and political officials, Purkitt and Burgess consider what motivates countries to acquire and build such powerful weaponry and examine when and how decisions are made to dismantle a military arsenal voluntarily. Questions such as how to destroy weapons safely and keep them from reappearing on international markets are considered along with comparative strategies for successful disarmament in other nation-states.

Helen E. Purkitt is Professor of Political Science at the U.S. Naval Academy.Stephen F. Burgess is Associate Professor in the Department of Strategy and International Security at the U.S. Air War College and Associate Director of the U.S. Air Force Counterproliferation Center.