The Long Peace: Inquiries Into the History of the Cold War (Paperback) 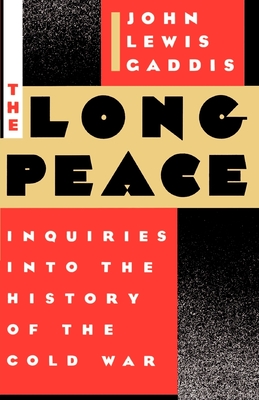 By John Lewis Gaddis
Email orders@tridentbookscafe.com or call for price

In this fascinating new interpretation of Cold War history, John Lewis Gaddis focuses on how the United States and the Soviet Union have managed to get through more than four decades of Cold War confrontation without going to war with one another.
Using recently-declassified American and British documents, Gaddis argues that the postwar international system has contained previously unsuspected elements of stability. This provocative reassessment of contemporary history--particularly as it relates to the current status of
Soviet-American relations--will certainly generate discussion, controversy, and important new perspectives on both past and present aspects of the age in which we live.

John Lewis Gaddis, Distinguished Professor of History at Ohio University, is the author of The United States and the Origins of the Cold War and Strategies of Containment: A Critical Appraisal of Postwar American National Security Policy.