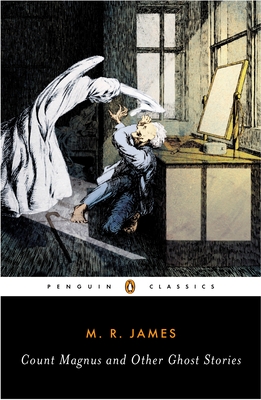 Count Magnus and Other Ghost Stories contains the entire first two volumes of James’s ghost stories, Ghost Stories of an Antiquary and More Ghost Stories of an Antiquary. These volumes are both the culmination of the nineteenth-century ghost story tradition and the inspiration for much of the best twentieth-century work in this genre. Included in this collection are such landmark tales as “Count Magnus,” set in the wilds of Sweden; “Number 13,” a distinctive tale about a haunted hotel room; “Casting the Runes,” a richly complex tale of sorcery that served as the basis for the classic horror film Curse of the Demon; and “Oh, Whistle, and I’ll Come to You, My Lad,” one of the most frightening tales in literature. The appendix includes several rare texts, including “A Night in King’s College Chapel,” James’s first known ghost story.

Montague Rhodes James (1862–1936) is one of the originators and most influential writers of supernatural fiction. Among his many honors was the Order of Merit, bestowed upon him by King George V in 1930.

S. T. Joshi is a freelance writer and editor. He has edited Penguin Classics editions of H. P. Lovecraft’s The Call of Cthulhu and Other Weird Stories (1999), and The Thing on the Doorstep and Other Weird Stories (2001), as well as Algernon Blackwood’s Ancient Sorceries and Other Strange Stories (2002). Among his critical and biographical studies are The Weird Tale (1990), Lord Dunsany: Master of the Anglo-Irish Imagination (1995), H. P. Lovecraft: A Life (1996), and The Modern Weird Tale (2001). He has also edited works by Ambrose Bierce, Arthur Machen, and H. L. Mencken, and is compiling a three-volume Encyclopedia of Supernatural Literature. He lives with his wife in Seattle, Washington.