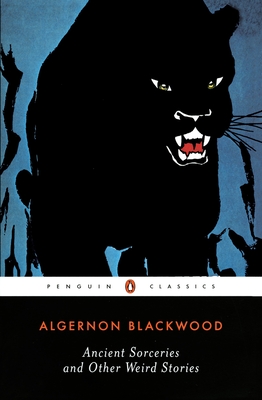 By turns bizarre, unsettling, spooky, and sublime, Ancient Sorceries and Other Weird Stories showcases nine incomparable stories from master conjuror Algernon Blackwood. Evoking the uncanny spiritual forces of Nature, Blackwood's writings all tread the nebulous borderland between fantasy, awe, wonder, and horror. Here Blackwood displays his best and most disturbing work-including "The Willows," which Lovecraft singled out as "the single finest weird tale in literature"; "The Wendigo"; "The Insanity of Jones"; and "Sand."

S. T. Joshi is a freelance writer and editor. He has edited Penguin Classics editions of H. P. Lovecraft’s The Call of Cthulhu and Other Weird Stories (1999), and The Thing on the Doorstep and Other Weird Stories (2001), as well as Algernon Blackwood’s Ancient Sorceries and Other Strange Stories (2002). Among his critical and biographical studies are The Weird Tale (1990), Lord Dunsany: Master of the Anglo-Irish Imagination (1995), H. P. Lovecraft: A Life (1996), and The Modern Weird Tale (2001). He has also edited works by Ambrose Bierce, Arthur Machen, and H. L. Mencken, and is compiling a three-volume Encyclopedia of Supernatural Literature. He lives with his wife in Seattle, Washington.

"Of the quality of Mr Blackwood's genius there can be no dispute; for no one has ever approached the skill, seriousness, and minute fidelity whith which he records the overtones of strangeness in ordinary things and experiences."
—H.P. Lovecraft

“To many, including H.P. Lovecraft, ‘The Willows’ is the finest story in the canon of supernatural fiction. (…) Blackwood himself is, arguably, the central figure in the British supernatural literature of the twentieth century.”
—Michael Dirda, New York Review of Books