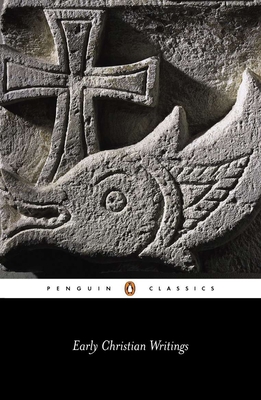 By Various, Maxwell Staniforth (Translated by), Andrew Louth (Revised by)
$16.00

The writings in this volume cast a glimmer of light upon the emerging traditions and organization of the infant church, during an otherwise little-known period of its development. A selection of letters and small-scale theological treatises from a group known as the Apostolic Fathers, several of whom were probably disciples of the Apostles, they provide a first-hand account of the early Church and outline a form of early Christianity still drawing on the theology and traditions of its parent religion, Judaism. Included here are the first Epistle of Bishop Clement of Rome, an impassioned plea for harmony; The Epistle of Polycarp; The Epistle of Barnabas; The Didache; and the Seven Epistles written by Ignatius of Antioch—among them his moving appeal to the Romans that they grant him a martyr's death.

Andrew Louth, born in Lincolnshire and brought up in the north of England, studied Theology at the universities of Cambridge and Edinburgh. From 1970 to 1985 he was Fellow and Chaplain of Worcester College, Oxford, and University Lecturer in Theology, teaching prinipally Patristics. In 1985 he became Reader in History at Goldsmith's College, London. He is the author of The Origins of the Christian Mystical Tradition (1981), Discerning the Mystery: An Essay on the Nature of Theology (1983) and Denys the Areopagite (1989). He has also edited Early Christian Writings for the Penguin Classics.