The Chronicles of Chrestomanci, Vol. I (Paperback) 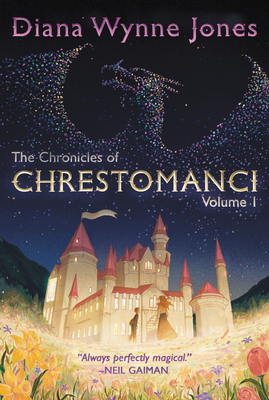 This is book number 1 in the Chronicles of Chrestomanci series.

Volume I contains Charmed Life and The Lives of Christopher Chant.

The Lives of Christopher Chant is the story of Chrestomanci’s own childhood and how he came to live at the Castle himself. With distracted parents, a nefarious uncle, and a severe guardian who was Chrestomanci before Christopher, it’s no wonder that Christopher keeps losing his lives.

The first of three volumes, the Chronicles of Chrestomanci can be read in any order.